Dr Dora Vargha considers archives, the destruction of records, and researching the history of international organisations. 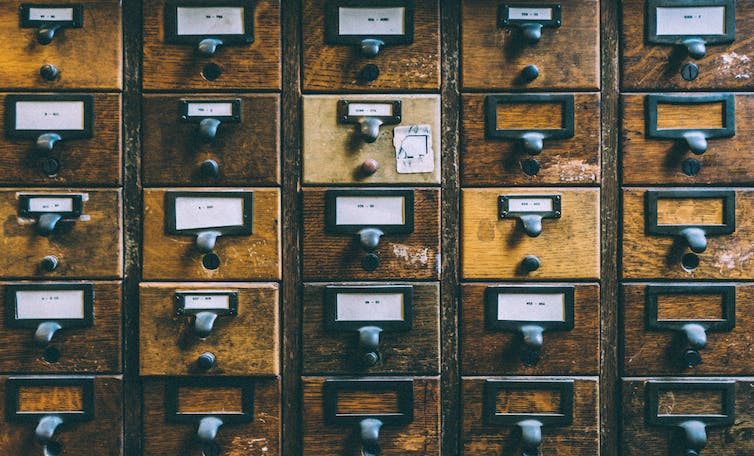 A couple of weeks ago I participated in a workshop on health, medicine and the body at Tel Aviv University (co-organised by wonderful scholars Staffan Müller-Wille and Amir Teicher), where PhD students from Exeter and Tel Aviv presented their research. I was given the opportunity to have a discussion with the students on the topic of my choice. My research in the last few years has given me plenty of occasions to be frustrated by the ways in which governments and international organizations handle their document collections, which is why I gave a presentation titled “Hostile Archives”. Little did I suspect that just a couple of days later, this topic would hit the headlines, in the case of the Windrush generation’s landing cards.

I decided to write up some of my thoughts on the subject for The Conversation. But there is much more to say about how we think about archives, especially regarding the working archives of international organizations. Those of us regularly using the collections of the World Health Organisation (WHO) appreciate the immense collection of the agency, but are also very familiar with the often helpless frustration over missing files and boxes. We can’t help but ponder the rationale behind keeping certain documents over others.

Historians, of course, do not have the monopoly over the use of archives. WHO employees, for instance, regularly draw on the collection for their daily work, using technical documents, reports, and evaluations. But that does not necessarily pair with historical consciousness. The memory of international organisations, like governments, is extremely short. While data might be used in forming policies, there is little awareness of a historical trajectory, or of a critical view of the institutions’ pasts. The lack of engagement with historical context also often results in the documents getting lost, dispersed in different buildings, ending up in random filing cabinets, the bottom of a drawer, or in worst case scenarios, in the recycling bin.

These archival practices are not always coupled with ill intent. But they are very much a product of the short-term memory of such organisations, and may have very significant effects on policies and practices outside of the archives. Without any historical awareness policy makers might attribute the success of a past intervention to certain factors, while disregarding other, crucial elements. This in turn might lead to “best practices” or the creation of new policies that then can result in failure, or worse. health agendas according to geopolitics.

When the institutions do tell their history, that narrative rarely strays from the bubble of the organisation, and is usually a story of progress and heroic effort. No doubt there is plenty of both to be found in the history of international organisations. However, a story that is written exclusively from the viewpoint of the organisation itself, supported by documents that might have been selected and preserved in their archives exactly for the reinforcement of their own narrative, can only be incomplete at best, and misleading at worst. Archives matter. As researchers of internationalism, we need to tirelessly raise awareness of their importance, while always keeping a critical eye and consciousness of how they are constructed, selected, stored, destroyed or made remotely accessible. The engagement of international organisations with their past is as important a part of the story we piece together as historians, as are the documents we analyse.

Dora Vargha is Lecturer in Medical Humanities at the University of Exeter, and a member of the Centre for the Study of Internationalism at Birkbeck.

You can read Dora’s essay in The Conversation, which was first published on 24 April 2018.